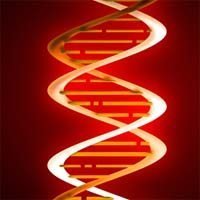 British genetic researchers say a mesothelioma patient’s genes can influence their response to chemotherapy and the knowledge may open the door for more individualized and successful mesothelioma treatments.

The team from Guy’s Hospital and St. Thomas’ Hospital in London, focused on polymorphisms, genetic variations that can impact patients’ tolerance to Alimta- (pemetrexed) based chemotherapy. The combination of Alimta and a platinum derivative like cisplatin is currently the most popular first-line treatment for pleural mesothelioma.

Using a genetic test called the Illumina Human Exome v 1.1 BeadChip, the researchers compared 28 polymorphisms on 11 key genes with clinical outcomes in patients with either non-small cell lung cancer or mesothelioma. All of the 136 study subjects were receiving combination chemotherapy with Alimta and a platinum drug.

The researchers found that one genetic variation was associated with a lower rate of serious toxicity within the first four cycles of chemotherapy. The same variant was also associated with reduced blood toxicity. Another polymorphism was linked to an increased likelihood that a patient’s mesothelioma would have progressed by midpoint in their treatment. Two other genetic polymorphisms were associated with overall survival in mesothelioma and non-small cell lung cancer.

Biomarkers are playing an increasingly important role in the treatment of intractable diseases like pleural mesothelioma. The ability to predict in advance which patients are most likely to respond well to treatment, and which patients are at risk for serious side effects, could help clinicians tailor treatment for better results with less treatment delay.

Mesothelioma is typically thought of as an occupational disease since most people who are diagnosed in the US came in contact with toxic asbestos in their workplaces. However, mesothelioma has also been found in people who lived with exposed asbestos in their homes or neighborhoods and even among those who came in contact with the toxin on the work clothes of a spouse or parent. Although mesothelioma treatments have advanced, the disease is still considered incurable.

The MESOMICS project is the most comprehensive dataset of mesothelioma genomics to date. The data in this resource can help researchers to design precision treatments for mesothelioma patients This project was created by an international collaboration between scientists from France, Chile, and the United States. Understanding Diagnosis Malignant pleural mesothelioma is a rare cancer caused by asbestos exposure. There are approximately 2,000 cases of mesothelioma diagnosed in the United States alone every year. Because it is so rare, the treatment options are very limited compared to other types of cancer. The limited treatment options combined with the cancer’s ability to spread without being noticed makes mesothelioma a deadly disease. Median overall survival for mesothelioma patients is a little over a … END_OF_DOCUMENT_TOKEN_TO_BE_REPLACED