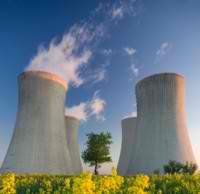 Construction workers at four Department of Energy (DOE) nuclear sites have been exposed to asbestos and other dangerous materials that are putting them at significantly higher risk for mesothelioma, lung disease, and other cancers according to a new report published in the American Journal of Industrial Medicine.

Working in construction and other trade jobs at nuclear sites can be risky business. Workers are regularly exposed to a number of cancer-causing substances, including asbestos. Since the mid 1990s, the government has been conducting surveillance programs to determine the health risks faced by workers at four DOE sites: Hanford Nuclear Reservation (Richland, Washington), Oak Ridge Reservation (Oak Ridge, Tennessee), Savannah River Site (Aiken, South Carolina), and the Amchitka site (Alaska).

In past studies, researchers have investigated rates of medical conditions such as respiratory disease and hearing loss among these workers. The current study looked at mortality rates among construction and trade workers. It included nearly 9,000 workers from the four DOE nuclear sites. All of the participants filled out a screening questionnaire, and most of them also had a medical exam. Researchers followed-up on the workers’ health status through the end of 2004.

During the study period, 674 of the workers died. Overall, the construction workers had a relatively low mortality compared to the general population, but the authors say this finding could be due to a “health worker effect” (The idea is that, in order to be able to hold a steady job, a person must be generally healthy.)

But when the researchers looked at people in certain types of DOE nuclear site jobs, they saw a spike in death rates. The risk of death was particularly high among asbestos workers/insulators, (93% increased risk), and teamsters (60% higher risk). Construction workers at the nuclear sites faced a much higher than normal risk for lung cancer and mesothelioma, as well as for asbestosis (a lung disease caused by inhaling asbestos fibers). “From our data and other data, asbestos use at the sites was not controlled well, historically,” says John M. Dement, PhD, CIH, Professor in the Division of Occupational and Environmental Medicine at Duke University Medical Center. “Clearly there’s a need for better controls of asbestos exposures at the sites.”

Although he says DOE sites have been making improvements over the past 10 – 15 years to reduce workers’ exposures to toxic substances, much of the asbestos that was in place before the EPA’s ban in the 1970s has not yet been removed. Because mesothelioma and asbestosis have a long latency period, many of the deaths that are occurring today are actually due to exposures from decades ago. “What we’re seeing are the effects of exposure 20 or more years in the past,” says Dr. Dement. He expects to eventually see decreases in asbestosis and mesothelioma cases as asbestos use is phased out, although he says these diseases aren’t likely to disappear anytime soon.

The focus is not only on prevention, but also on treating workers who are already at risk. The DOE’s surveillance program offers periodic screenings to identify workers who might have been exposed to asbestos and other hazardous substances, and get them the treatment they need. “You’re not going to cure them, but you can reduce the impact from a lot of these diseases,” says Dr. Dement.

An international group of researchers have provided recommendations for countries to create a mesothelioma registry. Mesothelioma registries are great tools to monitor the negative effects of asbestos. It can help to identify clusters of asbestos exposure. Registries can also track the impact of asbestos reduction programs. Asbestos Health Risks Asbestos is a naturally occurring mineral that has been found throughout the world. Even though it is toxic, it is used in manufacturing and construction in many countries around the world. Mesothelioma is a cancer that is caused by exposure to asbestos. It grows in the lining of organs like the lungs. Generally, those who develop mesothelioma show no signs of illness for a long time after their first exposure. It … END_OF_DOCUMENT_TOKEN_TO_BE_REPLACED