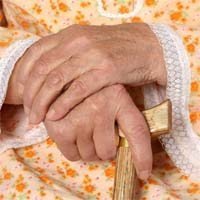 A pair of thoracic oncologists from Belgium say it’s time to go a step further in the wake of a controversial study on mesothelioma surgery and examine the impact of perioperative chemotherapy.

But surgery alone, regardless of which method is used, has been shown to produce only “modest outcomes” in the treatment of mesothelioma. Most patients also need perioperative chemotherapy to kill remaining mesothelioma cells and keep the disease from returning or progressing. (Perioperative refers to the time before, during and after surgery from hospital admission to discharge.) Given this fact, as well as the MARS data, a new article in the Journal of Thoracic Oncology says the European Organisation for Research and Treatment of Cancer will launch a trial specifically exploring the feasibility and effectiveness of chemotherapy with pleurectomy/decortication.

While the article does not suggest which chemotherapy combination would be used for such a trial, new research out of Egypt suggests that different chemotherapy regimens may be used for different stages of mesothelioma. A Phase II study conducted at the Cairo University School of Medicine found that mesothelioma outcomes could be considered comparable between patients who received a combination of the drugs pemetrexed and carboplatin and those who received a less expensive combination of gemcitabine and cisplatin if their disease stage was also taken into consideration.

The pemetrexed/carboplatin group showed a cumulative survival at 1.5 years of 57.8% as compared to 41% for the gemcitabine/cisplatin group, but the researchers say this difference would have little impact in the advanced stages of mesothelioma, given the aggressiveness of the disease. They write, “Pemetrexed plus carboplatin are a step forward in the treatment of mesothelioma, [but] the prognosis for these patients remains poor. Cheaper combinations such as gemcitabine and cisplatin may be considered sufficient to treat cases with advanced mesothelioma.”

Researchers in Iran tested the safety of a new version of the drug pemetrexed in patients with non-small cell lung cancer and malignant pleural mesothelioma. This drug is used to treat these patients when they are not able to get surgery for their cancer. The researchers were able to determine that pemetrexed is safe in patients with non-squamous non-small cell lung cancer. Treatment Choices Malignant pleural mesothelioma is a lung-related cancer like non-small cell lung cancer. It is caused by exposure to asbestos. Treatment for mesothelioma usually involves chemotherapy, radiation therapy, and surgery. Patients may receive more than one type of treatment. This is called multimodal therapy. Pemetrexed is a chemotherapy drug that interrupts the cell replication process that helps … END_OF_DOCUMENT_TOKEN_TO_BE_REPLACED