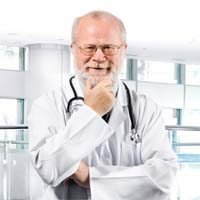 Asbestos disease researchers in Australia say chemotherapy at the end of life may be doing some mesothelioma patients more harm than good.

The team from the Asbestos Diseases Research Institute in Rhodes, Australia analyzed the cases of 147 malignant pleural mesothelioma patients who had received compensation from the government’s Dust Diseases Board. The focus of the study was to determine the association between a variety of factors such as age, gender, geographic location, disease stage, histological subtype, length of first-line chemotherapy, and the use of chemotherapy in the last month of their lives.

In fact, the mesothelioma patients whose doctors were still trying chemotherapy in their last weeks of life survived for an average of 5.3 months as compared to those who did not have chemotherapy at this last stage.  The survival average for this group was 12.5 months. The findings suggest that these non-responders not only received no additional benefit from a last attempt at chemotherapy treatment, but may even have died sooner because of the additional physical stress it caused. Based on these findings, the researchers recommend that clinicians give “more careful consideration of when to cease chemotherapy” in the treatment of mesothelioma.

Kao, SC, et al, “Use of cancer therapy at the end of life in patients with malignant pleural mesothelioma”, February 14, 2012, Supportive Care in Cancer, Epub ahead of print.

An international group of researchers have provided recommendations for countries to create a mesothelioma registry. Mesothelioma registries are great tools to monitor the negative effects of asbestos. It can help to identify clusters of asbestos exposure. Registries can also track the impact of asbestos reduction programs. Asbestos Health Risks Asbestos is a naturally occurring mineral that has been found throughout the world. Even though it is toxic, it is used in manufacturing and construction in many countries around the world. Mesothelioma is a cancer that is caused by exposure to asbestos. It grows in the lining of organs like the lungs. Generally, those who develop mesothelioma show no signs of illness for a long time after their first exposure. It … END_OF_DOCUMENT_TOKEN_TO_BE_REPLACED