Home / News / Genes May be Targets for Mesothelioma Treatment 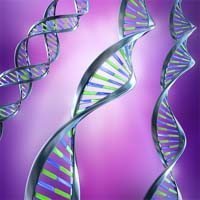 The same genes that can help predict which mesothelioma patients will do well after surgery, might also be good targets for gene therapy to combat the disease.

That’s the conclusion of one of the nation’s top mesothelioma experts, Dr. David Sugarbaker, and his colleagues at Brigham & Women’s Hospital in Boston. After publishing research showing that certain genes can affect patients’ post-surgical prognosis, the team looked further into the genes themselves and how they relate to mesothelioma. Mesothelioma is highly resistant to standard treatments. Gene therapy, which harnesses and uses the body’s own nature defense system, is being studied as a promising alternative.

Starting with lung tissue from both healthy patients and those with malignant pleural mesothelioma, the researchers used a high-tech RNA inhibition screen to knockdown gene expression levels of the four genes in the test: ARHGDIA, COBLL1, PKM2 and TM4SF1. They then used a test called a quantitative RT-PCR to ensure that they had, in fact, inhibited expression of the selected genes in the cell samples.

The next step was to watch for changes in the rate of cellular death (apoptosis) and/or replication (mitosis). For this, the researchers used immunological assays and video-assisted microscopy. They also recorded changes in the shape and size of each cell’s nucleus. Each complete experiment was conducted three times to ensure accurate results.

The results revealed some vital information about the role of the selected genes in mesothelioma. When the ARHGDIA, COBLL1, and TM4SF1 genes were knocked down, there was a 2- to 4-fold increased in cellular death in the tumor cells. In normal cells, only the loss of the ARHGDIA gene triggered apoptosis. The PKM2 gene did not appear to affect apoptosis in either the normal cells or the tumor cells and none of the cells seemed to have any effect on mitosis.

But the fact that three of the genes tested had a clear connection to apoptosis could make them prime targets for drugs that regulate their expression in mesothelioma patients. In an article on the study in the journal BMC Cancer, the researchers conclude, “These genes, and their related intracellular signaling pathways, may represent potential therapeutic targets in mesothelioma.”

Researchers in Iran tested the safety of a new version of the drug pemetrexed in patients with non-small cell lung cancer and malignant pleural mesothelioma. This drug is used to treat these patients when they are not able to get surgery for their cancer. The researchers were able to determine that pemetrexed is safe in patients with non-squamous non-small cell lung cancer. Treatment Choices Malignant pleural mesothelioma is a lung-related cancer like non-small cell lung cancer. It is caused by exposure to asbestos. Treatment for mesothelioma usually involves chemotherapy, radiation therapy, and surgery. Patients may receive more than one type of treatment. This is called multimodal therapy. Pemetrexed is a chemotherapy drug that interrupts the cell replication process that helps … END_OF_DOCUMENT_TOKEN_TO_BE_REPLACED