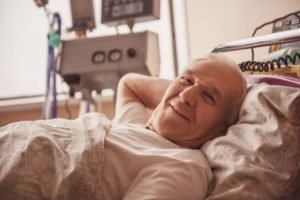 An immunotherapy combination of tremelimumab and durvalumab has resulted in long-term survival for some mesothelioma patients in a new follow-up Italian study.

Tremelimumab and durvalumab (Imfinzi) received orphan drug designation from the FDA last year for liver cancer. Now, it looks like this immunotherapy combination could help some people with the rare asbestos cancer, too.

Mesothelioma patients who had the best results in the new study were those with a high number of mutated genes. Mesothelioma is often fatal within a year. But the longest-living patient in the study survived for more than 41 months.

White blood cells have the power to help combat mesothelioma. But a protein called CTLA-4 can block that ability. Tremelimumab is a monoclonal antibody that binds to CTLA-4 on the surface of white blood cells. It prevents CTLA-4 from inhibiting the cells’ cancer-fighting abilities.

Earlier studies of tremelimumab for mesothelioma produced disappointing results. But more recent research shows an immunotherapy combination of tremelimumab and a second drug may work better.

The second drug is durvalumab. Durvalumab is sold under the brand name Imfinzi. It blocks another protein called PD-L1. PD-L1 helps make mesothelioma cells invisible to the immune system. People who produce excess PD-L1 respond best to this drug.

The new report on tremelimumab plus durvalumab is a follow-up to the NIBIT-MESO-1 trial. It suggests that this immunotherapy combination could be a powerful new option for people with unresectable mesothelioma.

A New Option for Mesothelioma Patients?

NIBIT-MESO-1 was an open-label, non-randomized, phase 2 clinical trial. It included 40 patients who had either peritoneal or pleural mesothelioma that could not be surgically removed. The trial ran from October 2015 to October 2016.

Patients received the immunotherapy combination of tremelimumab and durvalumab every four weeks for a total of four doses. Then patients got nine doses of durvalumab alone, spaced four weeks apart.

The new follow-up study focused on the patients whose mesothelioma came back after treatment. If their cancer responded to treatment during the initial trial, they were eligible to be retreated using the same protocol.

Seventeen of the original 40 patients met the criteria for inclusion in the retreatment study. They got at least one dose of the immunotherapy combination. Of those 17, seven achieved “immune-related stable disease” according to study author Luana Calabro.

“From the start of retreatment to a median follow-up of 24 months (22·0-25·0), median overall survival was 12·5 months,” writes Dr. Calabro. There were no serious immune-related complications from the treatment.

Retreated patients who had a higher level of mutated cells in their mesothelioma tumors responded best to the immunotherapy combination. This makes sense because both drugs target proteins that are overexpressed when genes are mutated.

Patients with a mutational burden higher than the median of 8.3 lived more than 2.5 times as long as those with fewer gene mutations (41.3 months vs. 17.4 months).

The report concludes, “Tremelimumab combined with durvalumab was associated with long-term survival in patients with mesothelioma. Retreatment was safe and resulted in clinically meaningful outcomes, thus suggesting its potential application in the clinical practice of mesothelioma patients.”

Right now, there are only two approved drug treatments for mesothelioma. One is the chemotherapy drug Alimta (pemetrexed). The other is an immunotherapy combination of nivolumab and ipilimumab.

A new study from the University of Sydney showed that cannabis had some anti-cancer effects in mesothelioma. Parts of the marijuana plant have been used for centuries to treat a wide variety of ailments. This includes cancers like pleural and peritoneal mesothelioma and cancer-related pain. We have all heard of medical marijuana. Various states have either legalized its use for specific patients. Many are reviewing its legality for various diseases. Cannabis and Mesothelioma Survival Mesothelioma is a deadly disease with few treatment options. Alternative treatments consist of any approach considered non-conventional. This may include herbs, vitamins, minerals, and other natural non-toxic supplements. When used with conventional approaches, these alternative modalities are often called “complementary.” Surveys suggest that over 70% of … END_OF_DOCUMENT_TOKEN_TO_BE_REPLACED