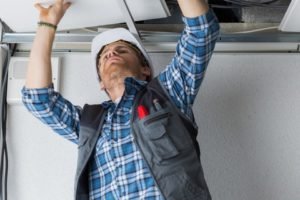 A new study of more than 2 million Canadian workers is shining a spotlight on the occupational mesothelioma risk from asbestos exposure in several industries.

The study included data on 2.18 million workers in the Occupational Disease Surveillance System (ODSS). These workers were employed from 1983 to 2014. The researchers followed the workers for years to see how many of them developed mesothelioma or a chronic lung disease called asbestosis.

They compiled the data on which industries had the most diagnoses. The results paint a sobering picture of the occupational mesothelioma risk to thousands of industrial workers.

Asbestos and the Link to Mesothelioma

Asbestos is a fibrous mineral that occurs naturally in the soil in many parts of the world. Canada has so much asbestos in the ground that it was once home to some of the world’s largest asbestos mines.

Once asbestos gets into the body of a worker, the occupational mesothelioma risk skyrockets. Asbestos fibers are tiny and sharp. They embed themselves in the tissue and the body cannot expel them.

Over time, people with certain genetics may develop malignant mesothelioma. There is no cure for mesothelioma. Even with aggressive mesothelioma treatment, many people who are diagnosed with this cancer die within a year. Asbestosis is an inflammation of the lung tissue that is also caused by asbestos.

Before scientists knew about occupational mesothelioma risk, asbestos was popular in many industries. When added to construction products, it made them stronger and fire resistant. Asbestos also made good insulation. Manufacturers used it to insulate everything from pipes and boilers to electrical wires and home attics.

Many workers had no idea about the risk from asbestos exposure until it was too late.

The Canadian study used the Ontario Cancer Registry and hospital and doctor records to identify sick workers. They found 854 cases of malignant mesothelioma and 737 cases of asbestosis. Some of the results were predictable.

“Compared with all other workers in the ODSS, those employed in construction trades occupations had the greatest adjusted incidence rate of both mesothelioma (223 cases) and asbestosis (261 cases),” writes lead author Nathan DeBono of the University of Toronto.

But there were also some surprises in the report. The team found that the occupational mesothelioma risk was higher than expected among electrical utility workers and people who worked in education. Both groups may encounter asbestos dust when they work in older buildings or schools.

In the US, most buildings constructed before 1983 still contain some asbestos. Any employee who comes in contact with that asbestos – especially as it starts to break down and become dusty – could face an elevated occupational mesothelioma risk.

“Results substantiate the risk of mesothelioma and asbestosis in occupation and industry groups in the Ontario workforce with known or suspected asbestos exposure,” states the Canadian report. “Sustained efforts to prevent the occurrence of additional cases of disease in high-risk groups are warranted.”

Canada is one of 67 countries and territories that have banned asbestos. There is no ban on asbestos in the US.

A new study from the University of Sydney showed that cannabis had some anti-cancer effects in mesothelioma. Parts of the marijuana plant have been used for centuries to treat a wide variety of ailments. This includes cancers like pleural and peritoneal mesothelioma and cancer-related pain. We have all heard of medical marijuana. Various states have either legalized its use for specific patients. Many are reviewing its legality for various diseases. Cannabis and Mesothelioma Survival Mesothelioma is a deadly disease with few treatment options. Alternative treatments consist of any approach considered non-conventional. This may include herbs, vitamins, minerals, and other natural non-toxic supplements. When used with conventional approaches, these alternative modalities are often called “complementary.” Surveys suggest that over 70% of … END_OF_DOCUMENT_TOKEN_TO_BE_REPLACED