Home / News / Mesothelioma Risk and the Timing of Asbestos Exposure 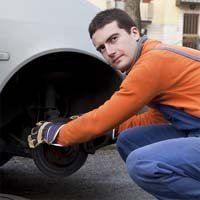 The timing of a person’s exposure to asbestos may play a bigger role in the development of malignant pleural mesothelioma than previously thought.

The study evaluated the cases of 1,196 male workers who were exposed to asbestos on the job between 1987 and 2006. These cases were matched with 2,369 men of their same age who had not been exposed.

Writing in the journal Occupational and Environmental Medicine, lead investigator Aude Lacourt of the University of Bordeaux explains it this way:

“Due to much stronger weights of early doses of asbestos exposure, subjects who accumulated 20 fibres/mL over the entire job history with high doses during the first years and low doses thereafter were at higher risk of pleural mesothelioma than those who accumulated most of the doses later.”

This is not the first time that researchers have attempted to better understand the link between asbestos exposure timing and mesothelioma development. In 2012, another University of Bordeaux team led by Dr. Lacourt reached a similar conclusion.

After evaluating 1,041 male workers who had been exposed to asbestos and 1,425 who had never been exposed, Lacourt and colleagues concluded that “the risk of pleural mesothelioma was lower for subjects first exposed after the age of 20 years and continued to increase until 30 years after cessation of exposure.”

In that study, the total duration of a man’s asbestos exposure had less to do with his risk of developing malignant mesothelioma than his age at first exposure.

The Importance of Timing

While scientists are not entirely sure why some asbestos-exposed people get pleural mesothelioma and others do not, or why younger people are at higher risk, some speculate that people who are exposed when they are younger simply have more time to develop the disease. Mesothelioma can take 50 years or more to develop.

Certain genetic anomalies are also known to have an impact on a person’s likelihood of developing mesothelioma if they are exposed to asbestos.

Lacourt and her colleagues conclude that their latest report highlights the importance of taking the timing of asbestos exposure into account when trying to assess mesothelioma risk.

Lacourt, A, et al, “Dose-time-response association between occupational asbestos exposure and pleural mesothelioma”, May 13, 2017, Occupational and Environmental Medicine, Epub ahead of print

A new study shows that a multifaceted approach to quitting smoking can help patients diagnosed with cancer. One rare type of cancer is mesothelioma. This cancer is caused by exposure to asbestos. It occurs in the lining of different parts of your body, usually in the abdomen or the lungs. Mesothelioma often takes decades to develop after being exposed to asbestos. The symptoms can be hard to diagnose because they look like other, more common diseases. This makes treating mesothelioma more difficult, too. The cancer has more time to spread while doctors are struggling to make a diagnosis. There are other factors that make cancers like mesothelioma difficult to treat. Smoking after a cancer diagnosis can lead to worse survival … END_OF_DOCUMENT_TOKEN_TO_BE_REPLACED