Home / News / Mesothelioma Still on the Rise in Japan 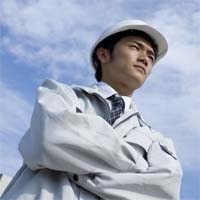 While the rate of mesothelioma continues to slowly decline in the U.S., the virulent asbestos-linked cancer is still on the rise in Japan.

A new Japanese study on future health trends projects that the incidence of mesothelioma won’t peak in Japan until 2027.  In the meantime, tens of thousands of Japanese workers are expected to die of mesothelioma.  Based on considerations such as the number of workers in industrial jobs and the likelihood of asbestos exposure, the study projects the mesothelioma death toll to reach 66,327 people ages 50 to 89 between 2003 and 2050.

Although a 2009 study of Japanese mesothelioma risk predicted a maximum of just 37,000 deaths by 2070, the new study’s authors say their prediction method is likely to be a more accurate – albeit grim – picture of mesothelioma in Japan than previous age-cohort models. “Our approach is based on a risk function that links mesothelioma mortality combined with data pertaining to the population, size of the labor force, and quantity of asbestos imports,” write the authors in a summary of their findings in the journal Industrial Health.

But the report is not all bad news.  The Hamamatsu University School of Medicine researchers say their data suggests that the number of mesothelioma deaths in Japan could be “significantly reduced” if more workplaces were brought into compliance with government guidelines for asbestos exposure.

The careless use of asbestos by inadequately-protected workers has sparked a worldwide mesothelioma epidemic in recent years, particularly in underdeveloped countries where asbestos is used as a low-cost building product. The World Health Organization (WHO) has designated asbestos as a known human carcinogen, although several country’s that use or export asbestos – including Canada, Russia and the U.S. – have thwarted attempts at an outright ban.

Researchers in Iran tested the safety of a new version of the drug pemetrexed in patients with non-small cell lung cancer and malignant pleural mesothelioma. This drug is used to treat these patients when they are not able to get surgery for their cancer. The researchers were able to determine that pemetrexed is safe in patients with non-squamous non-small cell lung cancer. Treatment Choices Malignant pleural mesothelioma is a lung-related cancer like non-small cell lung cancer. It is caused by exposure to asbestos. Treatment for mesothelioma usually involves chemotherapy, radiation therapy, and surgery. Patients may receive more than one type of treatment. This is called multimodal therapy. Pemetrexed is a chemotherapy drug that interrupts the cell replication process that helps … END_OF_DOCUMENT_TOKEN_TO_BE_REPLACED