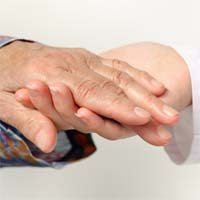 For treatment of malignant pleural mesothelioma prior to surgery, one chemotherapy combination may be better than another.  That is the central message of a recent Italian study published in Anticancer Research.

Mesothelioma is an aggressive cancer caused by exposure to asbestos. It affects the membranes around organs and is often incurable. According to some studies, patients who have the best odds of survival are those who undergo multimodal therapy, including some combination of chemotherapy, surgery and/or radiotherapy.

The folate antimetabolite pemetrexed (Alimta) was the first chemotherapy drug specifically approved for the treatment of mesothelioma. It can be used prior to surgery (neoadjuvant) as a way to shrink a tumor and make it more operable, or after surgery (adjuvant) as a way to destroy residual cancer cells.  Regardless of how it is used, pemetrexed is usually administered in combination with a platinum-based drug.

In an effort to find the best neoadjuvant drug combination for mesothelioma, researchers in Padua, Italy compared the benefits of two pemetrexed/platinum drug combinations – pemetrexed/cisplatin (AP) and pemetrexed/carboplatin (AC). The study followed 51 patients, each of whom received three cycles of either AC or AP, followed by surgery and radiotherapy. The goal was to determine the effectiveness and tolerability of each combination as a neoadjuvant regimen.

Although the two drug combinations were comparable, overall, the patients on the AP combination fared slightly worse than those on the AC combination. In a summary of their findings, the researchers report, “We observed higher incidence of grade 3 anemia, cumulative grade 2-3 asthenia, and worsening of performance status in the AP group.”

The research team concluded that, while both combinations are “active and feasible” neoadjuvant therapies, with similar rates of progression-free survival, response, disease control and resection, AC appeared to be slightly better for this purpose. The team expressed concern that, when used as a neoadjuvant therapy, the slightly lower tolerability of the AP treatment could be enough to “impair the clinical condition” of mesothelioma patients prior to surgery.

It is important to note that in most mesothelioma cases, chemotherapy is a palliative modality and is not considered curative by itself.

An international group of researchers have provided recommendations for countries to create a mesothelioma registry. Mesothelioma registries are great tools to monitor the negative effects of asbestos. It can help to identify clusters of asbestos exposure. Registries can also track the impact of asbestos reduction programs. Asbestos Health Risks Asbestos is a naturally occurring mineral that has been found throughout the world. Even though it is toxic, it is used in manufacturing and construction in many countries around the world. Mesothelioma is a cancer that is caused by exposure to asbestos. It grows in the lining of organs like the lungs. Generally, those who develop mesothelioma show no signs of illness for a long time after their first exposure. It … END_OF_DOCUMENT_TOKEN_TO_BE_REPLACED