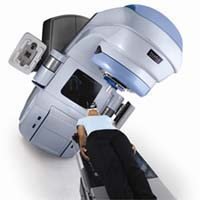 Researchers at MD Anderson Cancer Center in Houston and Princeton Radiation Oncology reached that conclusion after evaluating 24 mesothelioma surgery patients between 2009 and 2013.

Study subjects underwent either lung-sparing pleurectomy/decortication (P/D) surgery or lung-removing extrapleural pneumonectomy (EPP). Both procedures aim to improve mesothelioma survival by removing the diseased pleural lining and other at-risk tissues such as the diaphragm and the pericardium around the heart.

Both sets of patients were then treated with intensity modulated radiation therapy (IMRT) to the affected side of their chest in an effort to kill any mesothelioma cells left behind after surgery. IMRT delivers beams of radiation in short bursts, giving it the ability to conform radiation dose to the irregular shape of a mesothelioma tumor.

Seventy-six percent of the study subjects were still living a year after their surgery/IMRT treatment and 56 percent lived for at least 2 years. (Average survival for mesothelioma patients is usually less than a year.) Patients who underwent the PD procedure had a median overall survival twice as long as those who had undergone EPP. The problem was that all of the patients, regardless of which type of surgery they had, experienced a steady decline in lung function after their IMRT.

The good news is that, in addition to extending survival, hemithoracic IMRT appeared to produce few serious side effects, which is typically one of the chief difficulties of radiotherapy. The new study appears in a recent issue of the International Journal of Radiation Oncology, Biology, Physics.

The MESOMICS project is the most comprehensive dataset of mesothelioma genomics to date. The data in this resource can help researchers to design precision treatments for mesothelioma patients This project was created by an international collaboration between scientists from France, Chile, and the United States. Understanding Diagnosis Malignant pleural mesothelioma is a rare cancer caused by asbestos exposure. There are approximately 2,000 cases of mesothelioma diagnosed in the United States alone every year. Because it is so rare, the treatment options are very limited compared to other types of cancer. The limited treatment options combined with the cancer’s ability to spread without being noticed makes mesothelioma a deadly disease. Median overall survival for mesothelioma patients is a little over a … END_OF_DOCUMENT_TOKEN_TO_BE_REPLACED