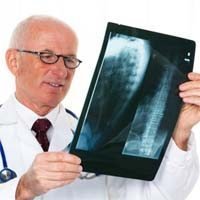 A new meta-analysis confirms that people with the sarcomatoid type of mesothelioma are less likely to respond to systemic chemotherapy than are people with other histological subtypes.

Citing a lack of research on the responsiveness of different types of mesothelioma, scientists with the Mayo Clinic in Minnesota and the Levine Cancer Institute in Charlotte, NC reviewed the medical literature for any studies that broke down responses by histological subtype. Of the 544 studies analyzed, 30 included sarcomatoid mesothelioma patients and met the trial criteria that patients be treated only with chemotherapy.

The selected studies included a total of 1,475 mesothelioma patients. Sixty-eight percent of patients (1,011) had the epithelioid variety of mesothelioma, the most common type. Just over 13 percent (203) had biphasic tumors and 9.3 percent (137) were diagnosed with the least common and most lethal type of mesothelioma – sarcomatoid.

All the study subjects were treated with first or second-line systemic chemotherapy but their response patterns were very different. Overall, 21.9 percent of the mesothelioma patients studied had either a partial or complete response to chemotherapy, meaning that the treatment had some measureable impact on the size of their tumors.

The study focused on mesothelioma clinical trials published between January 2000 and March 2014. Although mesothelioma is frequently treated with multiple types of therapies, including chemotherapy, radiotherapy and/or surgery, this study was limited to patients who only underwent chemotherapy.

New research suggests that the two major types of pleural mesothelioma surgery have about the same impact on patients’ quality of life afterward.  Thoracic surgeons at Switzerland’s University Hospital Zurich compared the results of 42 mesothelioma patients. Patients had either extrapleural pneumonectomy (EPP) or lung-sparing PD surgery between 2013 and 2017.  Patients answered questions about their health in the weeks and months after pleural mesothelioma surgery. Their answers show that, where post-surgical quality of life is concerned, it may not matter which procedure a person has.  Two Approaches to Pleural Mesothelioma Surgery Pleural mesothelioma tumors start on the membranous tissue (pleura) that surrounds the lungs. A healthy pleura is thin and flexible and expands to accommodate the lungs during respiration. … END_OF_DOCUMENT_TOKEN_TO_BE_REPLACED