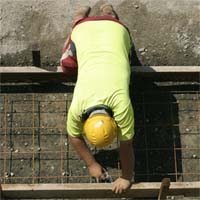 The head of an Australian Consortium of Trade Unions (ACTU) is calling on the government to protect its citizens against mesothelioma by ridding the country of asbestos by 2030.

Ged Kearney is president of the Australian Council of Trade Unions, which represents construction unions and made the call on the ACTU website. Because asbestos was mined in Australia and in Australian buildings and cement from the 1950’s to the 1970’s, people who work in mining, construction and ship building trades are at higher risk for asbestos-linked diseases such as asbestosis and mesothelioma. According to the ACTU, Australia had the highest per capita use of asbestos in the world from the 1950’s to the 1980’s. The Australian government banned the use of asbestos in workplaces in 2004.

“The cost of lives… cannot be measured in dollar terms,” Kearney is quoted as saying in The Australian. “We must put resources into this and we must make absolutely sure we get Australia asbestos free.” The ACTU says there were more than 9,000 cases of mesothelioma in Australia between 1982 and 2006.

Although few disagree with the mesothelioma risk caused by asbestos, there is government concern over the cost of removing asbestos from thousand of buildings. To minimize the risk of mesothelioma for workers and the public during asbestos removal, the material must be removed by licensed abatement professionals wearing approved protective clothing and respirators, which can be costly.

The Australian government’s asbestos management review is currently working on a national plan for asbestos removal. The final report is due in June. The ACTU says, for the 2030 date to be feasible, the plan must include a comprehensive national audit of all asbestos-containing buildings. They are calling on the government to start the removal process with government-owned buildings and public dump sites.

Tens of thousands of buildings in the United States, many of them private residences, also contain asbestos.  The U.S. Environmental Protection Agency has taken the stance that mesothelioma risk is lower if intact asbestos is left in place, rather than being disturbed and allowed to become airborne. The EPA website contains recommendations for homeowners who wish to assess and remove asbestos from their houses.  Mesothelioma is a particularly aggressive cancer and is diagnosed approximately 2,500 times per year in the U.S.