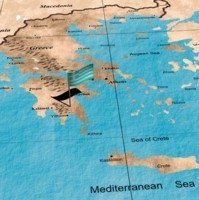 The standard chemotherapy treatment for malignant pleural mesothelioma is cisplatin and pemetrexed. Another chemo regimen used in the U.S. and other countries is the combination of cisplatin and gemcitabine. A recent study performed at the Athens University School of Medicine in Greece examined if the chemotherapy combination – gemcitabine plus docetaxel – were more or less effective than the two standard regimens. The reason for the study, according to the authors, was that this combination has not been investigated in mesothelioma before.

The researchers enrolled twenty-five patients with malignant pleural mesothelioma. Each received 80 mg/m of docetaxel and 1,000 mg/m of gemcitabine on days 1 and 14 of a 28-day cycle. The treatment was scheduled for a maximum of six cycles or until the mesothelioma spread or there was too much toxicity for the patients.

A total of seven out of our 25 patients (28%) responded to treatment which means that for these seven patients their tumors decreased in size. In 14 patients (56%), the disease remained stable (did not grow or regress), while in 4 (16%) their cancers became worse. The overall survival ranged from 12.4-17.5 months with a median survival of 15 months. Although these results were not too impressive the authors concluded that “the administration of gemcitabine and doctaxel appears to be promising first-line therapy for patients with mesothelioma, as it is well tolerated and appears to improve survival.”

Researchers in Iran tested the safety of a new version of the drug pemetrexed in patients with non-small cell lung cancer and malignant pleural mesothelioma. This drug is used to treat these patients when they are not able to get surgery for their cancer. The researchers were able to determine that pemetrexed is safe in patients with non-squamous non-small cell lung cancer. Treatment Choices Malignant pleural mesothelioma is a lung-related cancer like non-small cell lung cancer. It is caused by exposure to asbestos. Treatment for mesothelioma usually involves chemotherapy, radiation therapy, and surgery. Patients may receive more than one type of treatment. This is called multimodal therapy. Pemetrexed is a chemotherapy drug that interrupts the cell replication process that helps … END_OF_DOCUMENT_TOKEN_TO_BE_REPLACED