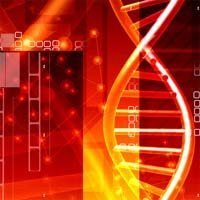 Researchers in Japan are enrolling mesothelioma patients into a trial to test whether blocking a growth signaling pathway inside mesothelioma cells could slow down this aggressive cancer or even stop its progression.

The hepatocyte growth factor (HGF)/c-Met signal pathway is highly active in mesothelioma and many other types of cancer cells, telling them to grow and replicate quickly. In the lab, scientists have shown that the NK4 gene, which shares a molecular structure similar to HGF, can interrupt this signaling pathway and keep cancer cells from growing out of control.

In a new study launched this summer by researchers at several Japanese universities, scientists will be testing a method of delivering NK4 to the site of mesothelioma tumors by administering a virus designed to express the gene.  The adenovirus is a common human virus, responsible for an estimated 10 percent of respiratory infections in children and a frequent cause of diarrhea. In people with weakened immunity, adenoviruses can even be dangerous.

But in the world of molecular medicine, an inactivated adenovirus can be a valuable delivery system. In the new mesothelioma trial, researchers plan to inject NK4-expressing adenovirus (Ad-NK4) directly into the intrapleural cavity around the lungs in people with pleural mesothelioma. The trial could yield critical information about a potential new treatment for this hard-to-treat cancer.

“The clinical investigation is a first-in-human trial to use the NK4 gene and to block the HGF/c-Met pathway with gene medicine,” writes lead investigator Yugi Tada of Chiba University in an explanation of the study in Springerplus. “These data will be crucial to judge whether local production of NK4 molecules can be an anti-cancer strategy.”

An advantage of a gene-focused approach to mesothelioma, as opposed to standard chemotherapy, is that there may be fewer life-threatening side effects. In animal studies designed to test the safety of intrapleural Ad-NK4 injections, the team discovered that adenovirus DNA spread to other parts of the body, causing some damage to the liver. However, there were no other serious complications and little toxicity to any other organs.

In a separate laboratory trial conducted in China and the US, researchers found that Ad-NK4’s “strong antitumor effect” in mesothelioma may be linked to its ability to inhibit cancer stem-like cells (CDCs), which give rise to new mesothelioma cells.

Tada, Y, “A clinical protocol to inhibit the HGF/c-Met pathway for malignant mesothelioma with an intrapleural injection of adenoviruses expressing the NK-4 gene”, July 16, 2015, Springerplus, eCollection