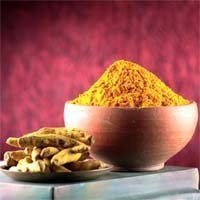 The compound that gives the spice turmeric its yellow color and pungent flavor is once again attracting the attention of mesothelioma researchers.

Curcumin has been the subject of numerous mesothelioma studies. The latest one, conducted by scientists at the Department of Experimental Medicine at the University of Rome, finds that the compound has the power to not only kill mesothelioma cells in the lab, but to also extend survival in mice infected with the asbestos cancer.

Curcumin in the Treatment of Mesothelioma

Curcumin is a plant-derived polyphenol with anti-inflammatory and antioxidant properties. It can be taken in pill form and, unlike most drugs that treat malignant mesothelioma, has virtually no side effects.

Reactive oxygen species are chemically reactive particles that contain oxygen. Although they are a natural byproduct of metabolism, a significant rise in ROS can damage cells. The same is true for DNA damage, which makes it impossible for cells, including mesothelioma cells, to replicate successfully.

The combination of damaging effects triggered a process of cellular death among mesothelioma cells in the lab called apoptosis.

The second way in which the Italian research team tested the mesothelioma-fighting properties of curcumin was to administer it to live mice that had been infected with human peritoneal mesothelioma.

When curcumin was administered directly into the peritoneal cavity, the space between the membranes that surround the abdominal organs, the mice had a longer median survival time. Equally significantly, curcumin appeared to reduce the risk of developing new mesothelioma tumors.

“Our findings may have important implications for the design of malignant mesothelioma treatment using curcumin,” the report concludes.

Curcumin as an Alternative Mesothelioma Therapy

In another 2015 study, Italian researchers found that curcumin was even more effective when delivered into mesothelioma cells via nanoparticles, which overcame the cells’ natural resistance to the compound.

Alternative mesothelioma therapies like curcumin are of particular interest to mesothelioma researchers because of the cancer’s resistance to standard treatments. As many as 2,500 people died of mesothelioma in the US each year.

An international group of researchers have provided recommendations for countries to create a mesothelioma registry. Mesothelioma registries are great tools to monitor the negative effects of asbestos. It can help to identify clusters of asbestos exposure. Registries can also track the impact of asbestos reduction programs. Asbestos Health Risks Asbestos is a naturally occurring mineral that has been found throughout the world. Even though it is toxic, it is used in manufacturing and construction in many countries around the world. Mesothelioma is a cancer that is caused by exposure to asbestos. It grows in the lining of organs like the lungs. Generally, those who develop mesothelioma show no signs of illness for a long time after their first exposure. It … END_OF_DOCUMENT_TOKEN_TO_BE_REPLACED