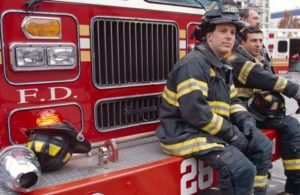 Firefighters and police usually work in high-stress, complex environments. And, these environments often have known and suspected hazardous and toxic exposures.

A leading cause of mesothelioma is asbestos exposure. Asbestos is toxic and cancer-causing for human beings. Asbestos causes mesothelioma and other asbestos-related diseases.

Canadian researchers published a new study in Occupational and Environmental Medicine. This new report characterizes cancer incidence among these occupations.

The Canadian team used an Occupational Disease Surveillance System (ODSS) to identify workers. Then they compared compensation claims to the Ontario Cancer Registry.

They found 36,267 people employed as firefighters or police in Ontario. In the final analysis, there were a total of 13,642 firefighters and 22,595 police. When compared with other workers, these two occupations had an increased cancer risk.

When compared directly with the police, firefighters had an elevated risk of mesothelioma.

Policymakers need to understand the risk of cancer and related exposures. It may help them to determine appropriate precautionary measures for firefighters and police.

The MESOMICS project is the most comprehensive dataset of mesothelioma genomics to date. The data in this resource can help researchers to design precision treatments for mesothelioma patients This project was created by an international collaboration between scientists from France, Chile, and the United States. Understanding Diagnosis Malignant pleural mesothelioma is a rare cancer caused by asbestos exposure. There are approximately 2,000 cases of mesothelioma diagnosed in the United States alone every year. Because it is so rare, the treatment options are very limited compared to other types of cancer. The limited treatment options combined with the cancer’s ability to spread without being noticed makes mesothelioma a deadly disease. Median overall survival for mesothelioma patients is a little over a … END_OF_DOCUMENT_TOKEN_TO_BE_REPLACED